On a July edition of Colorado Pols’ Get More Smarter Podcast, Silverii said the idea came to him while he was driving with his wife State Sen. Brittany Pettersen.

IAN SILVERII: I was driving through Gunbarrel, Colorado, which is a beautiful part of the world, and I saw this yard sign that was advertising – I forget what the website was – it was a big long URL, so I typed it into the phone as the wife was driving – advocating for like an amicable divorce between red states and blue states.

It’s like, “let’s split up the national parks, let’s decide who gets visitation rights on the weekends, but like this ain’t working anymore, we need to break up.” And like more and more, I have a hard time disagreeing. [Emphasis added]

JASON BANE: And [Republicans] can have Kansas.

SILVERII: And they can live in whatever version of reality they want to with whatever authoritarian bullshit lies that are coming out of their faces in order to convince people the world is a certain way even though it isn’t. Like, we prefer to live in reality.

In a tweet this Tuesday, Rep. Marjorie Taylor Greene, R-Ga., suggested that Democratic voters who move from blue states to red states should be subject to restrictions in order to prevent them turning red states to blue.

Greene was quote-tweeting another Twitter user who said he supports “discriminating” against “transplants like this” through legislation. “They shouldn’t be able to vote for a period, and they should have to pay a tax for their sins.”

In her tweet, Greene said the suggestion is “possible in a National Divorce scenario.”

Following Greene’s tweet last week she was accused of fomenting “treason,” “secession,” and “civil war” by academics and House Democrats.

“The nutty far-right (you know who) wants a ‘national divorce’, i.e., secession,” tweeted Larry Sabato, director of the University of Virginia Center for Politics. “Pray tell, what will we do with the nuclear weapons? God forbid the loony right should get even one bomb.” 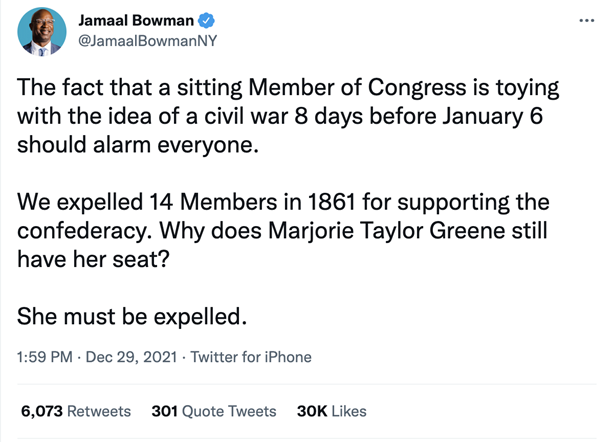 One of Greene’s accounts was subsequently booted from Twitter for an unrelated tweet days after floating a “national divorce” last week.

The two’s apparent openness to a national divorce is ironic considering Silverii also published an entire opinion piece in July ripping the El Paso County GOP for inviting Greene to speak at an event.

Fortunately, Silverii and Greene’s seeming willingness to split the country in two puts them as outliers among the general population, according to a new CBS/YouGov poll released over the weekend. 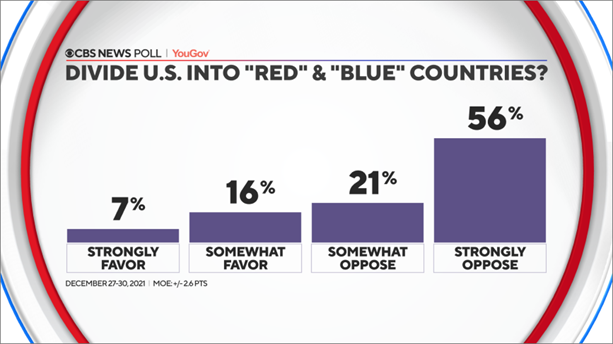 Silverii’s “civil war rhetoric” is not particularly unusual for the liberal political strategist, who routinely opines on his hatred for virtually everything associated with red America.

For real fuck every single one of you whose paychecks come from unscrupulous destroyers of the only goddamn planet we have. pic.twitter.com/6Xh7TFTZEc

The former Executive Director of ProgressNowCO was also fired by 9News in 2018 over a political stunt that resulted in a staff member for State House Democrat leadership losing their security clearance.

“There is no ‘national divorce,’ either Ian Silverii and Marjorie Taylor Greene are for a civil war or not,” said Compass Colorado Executive Director Kyle Kohli.

“Silverii should just say it if he wants a civil war and officially declare himself a traitor.”