DENVER, CO – Ballots are out and voters are deciding on Amendment 78, which would amend the state constitution to require legislative oversight of “custodial funds” that are currently only in the purview of statewide executive branch offices like Governor and Attorney General.

Custodial funds were a hot topic in 2020, when it was discovered the attorney representing now-Sen. John Hickenlooper before the Independent Ethics Commission was paid through a custodial fund controlled by the Governor’s office.

In that instance, the custodial fund was derived from federal funds designated for post-9/11 economic recovery.

However, it turns out questionable use of custodial funds extends beyond just the Governor’s office.

A new report from the Colorado Springs Gazette reveals custodial funds controlled by the Attorney General and Secretary of State are being given to campaign donors and politically connected firms.

Attorney General Phil Weiser has used hundreds of thousands of dollars in custodial funds controlled by the AG’s office to pay his campaign donors and other politically connected entities.

Weiser must realize this looks corrupt, because he’s already throwing his own donors under the bus.

Both contracts contained language addressing conflicts of interest, but neither the agency nor the contractors raised the issue of awarding contracts to campaign contributors as a problem.

“The department seeks to obtain the best services for the state of Colorado based on qualifications and expertise,” agency spokesman Lawrence Pacheco said. “None of these contractors raised or disclosed any potential conflicts with the Department of Law.”

Secretary of State Jena Griswold, meanwhile, paid one of the most well-connected Democrat lobbying firms in the nation – the Glover Park Group – nearly $3 million for TV ads out of custodial funds funded by the CARES Act.

Amendment 78 would prohibit the practice of executive branch politicians from spending these funds without any legislative oversight or public hearings on the expenditure of state government-controlled funds.

If you’re covering this news, please consider the following quote from Compass Colorado.

“Politicians have abused these slush funds to line the pockets of their cronies and political allies for far too long,” said Compass Colorado Executive Director Kyle Kohli.

“The public deserves more oversight and transparency when it comes to how custodial dollars are being spent.”

Colorado Secretary of State Jena Griswold sent $2.8 million in federal emergency COVID-19 mitigation funds — almost half of the CARES Act cash allocated to her office — to a politically well-connected, Washington D.C.-based public relations and lobbying firm to produce a set of TV ads to educate Colorado voters about the 2020 election procedures.

Attorney General Phil Weiser directed around $250,000 to no-bid contracts for a handful of his campaign contributors or their firms, from a pot of money controlled by his office that’s intended to help protect consumers from fraud. 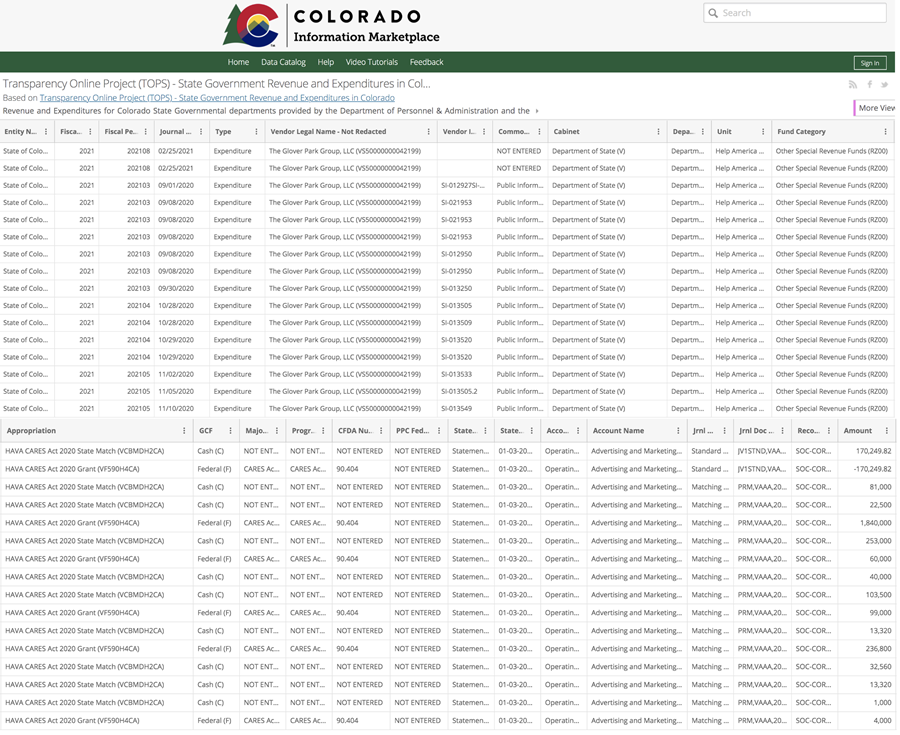 The Secretary of State’s office received $6.6 million in federal funding from the CARES Act in 2020.

Of that $6.6 million, $2.8 million was paid to the Glover Park Group, one of the most well-connected and powerful Democratic lobbying and communications firms in the country.

The Glover Park Group is now part of Finsbury Glover Hering, a multinational communications company with offices in Abu Dhabi, Beijing, Berlin, London, Tokyo, and New York, but no locations in Colorado. 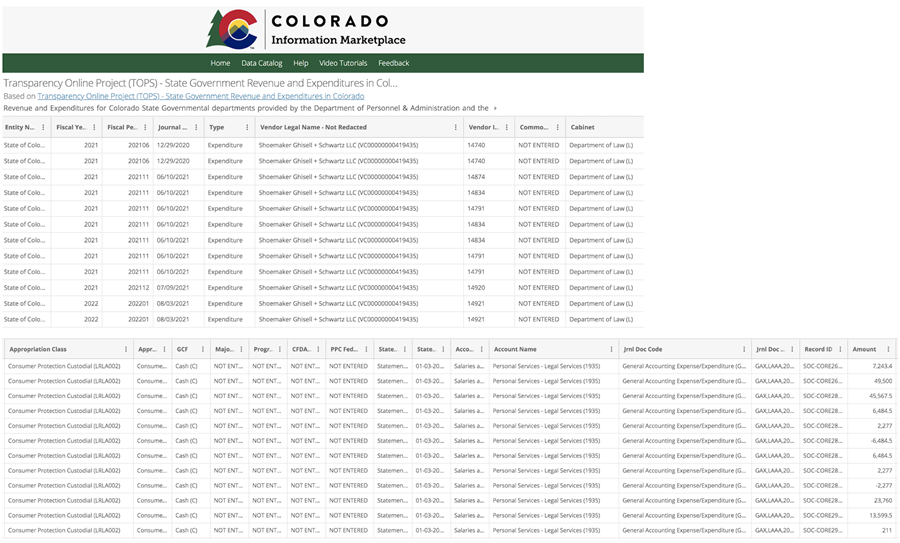 Partners at the law firm of Shoemaker Ghisell + Schwartz LLC donated a total of $3,800 to Weiser’s campaign, and in return have been paid $148,642.90 out of the Consumer Protection Custodial Fund, controlled solely by Weiser.

In return Troyer has been paid $103,000 from the Consumer Protection Custodial Fund, controlled solely by Weiser.

The CEO of Elevated Third Inc. Jeff Calderone was one of Weiser’s earliest contributors, donating $500 to Weiser on September 11th, 2017. So far under Weiser’s leadership, his company has been paid $7,500 by the AG’s Consumer Protection Custodial Fund.

The Justice Reskill Foundation, a politically-connected nonprofit that employs lobbyists at the Capitol, has received $35,666 from the Weiser-controlled Consumer Protection Custodial Fund.

What that has to do with consumer protection, especially considering some of the recipients of the funding could have been prosecuted for consumer fraud, is unclear.